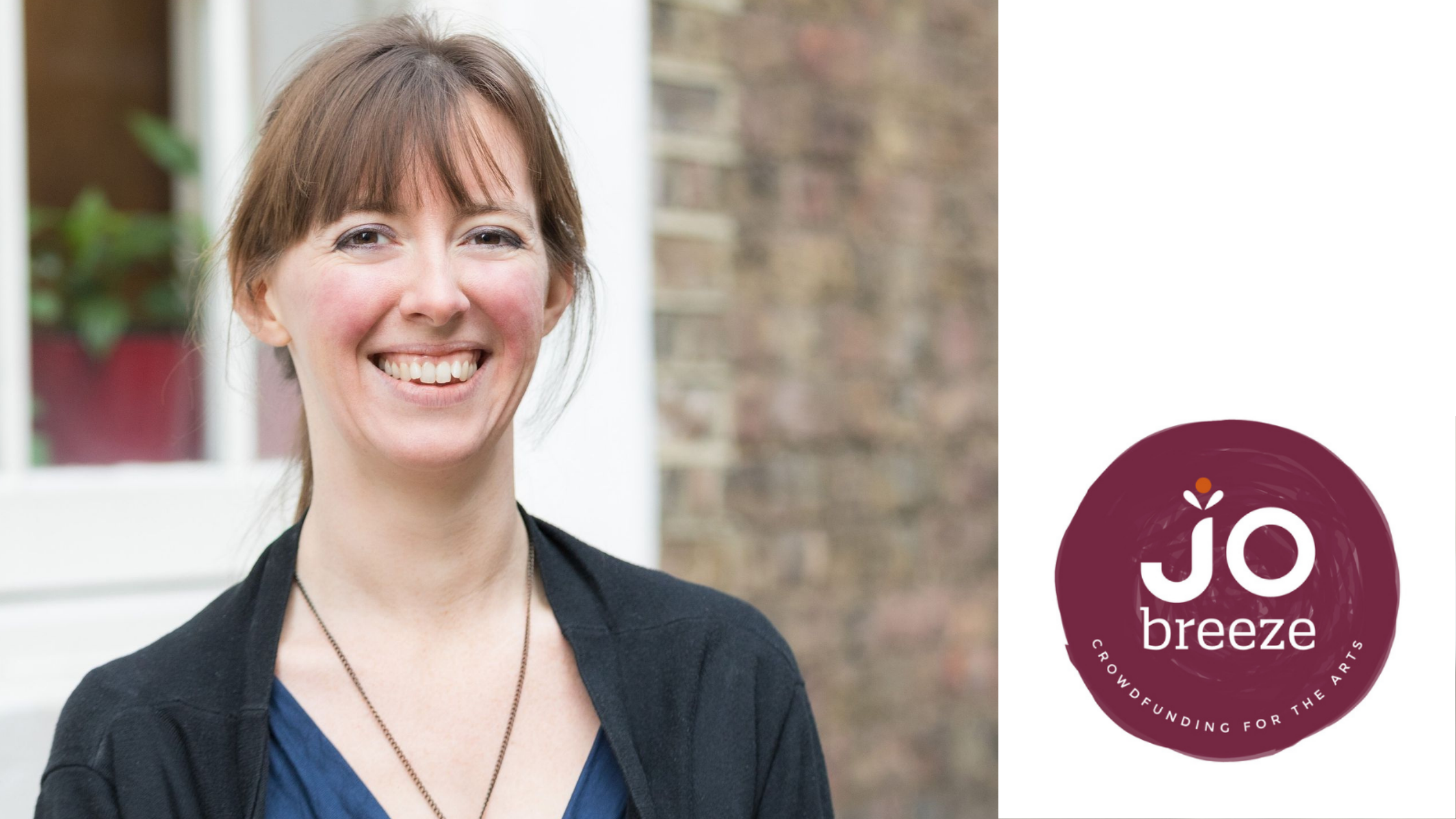 If you’re writing a book, recording an album or making a film, creating a successful crowdfunding campaign could be just what you need to get it off the ground. We were lucky enough to be joined by crowdfunding expert Jo Breeze over on our small business support group Eureka and learn the fundamentals of crowdfunding firsthand.

Here, we’ve summarised the live session with Jo to help you on your crowdfunding journey.

“Crowdfunding is, at its simplest, getting a bunch of people together to put a small amount of money in to make something happen. As a way of raising money, it predates the word crowdfunding. It predates the internet. Think about writers publishing things by subscription; think about people coming together to fix the church roof. It’s that kind of thing; it’s drawing together a community to make something happen.”

The difference between older forms of funding and crowdfunding online is that your community doesn’t have to be defined by geography. Your community is defined by those who are interested in what you’re doing and think it matters.

What type of things can you crowdfund for?

Almost anything, to be honest. I specialise in creative crowdfunding, which means it’s about a project rather than a product. There are a lot of crowdfunding campaigns out there that deal with products. Like, a presale campaign for a cool gadget or an interesting new thing they’re making. I mainly deal with project crowdfunding, which means the crowdfunding campaign is just the beginning of the work. It’s bringing people together to say, ‘Okay, we need X amount of money to make this happen, to put this together.’

So, it might be the funds to publish a book, create an album, or get a play put on, produced, and rehearsed. Crowdfunding is an option for anything where an upfront cost is needed to cover it; you might not have the capital to do it as a small business or as an independent.

What things can you do to prepare for it?

If you’re thinking of running a crowdfunding campaign in six months or next year, an essential thing that you can focus on is your audiences and your networks.

Your best, most important, and earliest preparation for any crowdfunding is to build up those audiences and networks: your social media reach, engagement, and mailing lists. Think about what you’re telling people, what you’re sharing with them, and what value you’re adding by the content and the marketing and start building those networks as early as you can.

So it’s all about building trust?

Absolutely. It’s all about trust. Crowdfunding is weirdly under-regulated for what it is, especially rewards-based crowdfunding. Crowdfunding is so community-based, but because of that lack of protection, one of the things that you need to do when you’re running a crowdfunding campaign is show and tell people why you’re trustworthy.

An excellent crowdfunding campaign takes every opportunity to build trust with backers and potential backers. If you’re talking to audiences who already know and like and trust what you do, that’s a huge help. You get to skip some of that bit at the beginning, where you have to introduce yourself and explain that you are who you say you are, and all of that kind of thing. If those audiences already value what you do, they’re already one step further down the road to becoming backers of a crowdfunding campaign.

You mentioned there are different types?

Yes, so there are various types. I mostly deal with rewards-based crowdfunding, which means that your backers on your crowdfunding campaign get something in return for supporting you.

The rewards could be all kinds of things, from the first edition of a book to a video or event tickets, but your backers get something in return for backing the crowdfunding campaign.

If you were going down the traditional funding route and approaching a funder for support, they would ask for breakdowns of what you intend to spend the money on, how you have spent it, what your progress is. Backers of a crowdfunding campaign deserve that same level of transparency and honesty; even if they’ve only put in a fiver, they are your funders and your supporters.

So, one of the things that you do as part of a crowdfunding campaign is provide a budget breakdown. You work out all those costs ahead of time and then make them as public as you’re willing to make them. Again, it’s about building trust. It’s about building that connection with your community and your crowd and saying, ‘Look, here’s why this is a project worth backing. I’ve thought this through; I know what I’m doing. Here’s my experience, here’s my plan A, here’s my plan B. Let me talk you through how this is going to work.’ And that transparency is yet another way of giving people trust in your actions.

Would you help with budgeting in your consultations?

Yes. So, your starting point when you’re figuring out your target is figuring out what it is that you want to do and figuring out what amount of money would allow you to do that in such a way that it’s something you’re proud to put out into the world and it’s worth your time to do it.

We’ve all got the big dream option, ‘If I could raise £50,000, here is the amazing thing I would do.’ That’s maybe not going to be your starting point for a crowdfunding campaign, and it’s partly because of funding models.

If you’re looking at the all-or-nothing funding model which says, ‘Unless you hit your target, you get nothing.’, that does often sound scarier to people, because of the risk of putting in all the work but walking away with nothing.

There’s also the flexible funding model where you can say, ‘Okay, I’ve got a target of £10,000, but if I don’t get all the way there, it doesn’t matter. I still get whatever I’ve raised.’ That feels less scary to people, but honestly, all-or-nothing funding, in most cases, is the way I advise people to go. That works best because there’s a real incentive to get there. If you have any fixed costs or overheads to make the thing happen, you’re running an all-or-nothing funding project, whether you like it or not. If you don’t raise that amount of money, you can’t do your thing, so if you end up stuck with half a budget, that’s a real problem. And if you only get halfway to your target, this could also mean that you now can’t afford or aren’t able to fulfill the rewards.

Can you do a second round of crowdfunding?

The first shot is the shot, honestly. It’s hard to do a second round of crowdfunding unless it’s for a specific and distinct project but what you can do is look at stretch goals.

Now, stretch goals don’t count towards that all-or-nothing funding. So, if you set that initial target of £7000, and you have a stretch goal of £15,000; if you only get to £10,000, you keep that because it’s hit your all-or-nothing target. It doesn’t matter if you haven’t reached your stretch goal.

So planning a campaign is similar to a business plan?

Yes, exactly. So, that’s where the all-or-nothing funding target becomes a way of thinking about it. So, you think, ‘Okay. What’s the absolute minimum that I could do this on, that I would feel proud to put it out into the world, that it’s still worth my time. Let’s set that as the all-or-nothing target, but what would I like to do in a perfect world? Okay, I’d really like to do this extra thing and I’d really like to do that extra thing.’ And so those are where you start talking about your stretch goals.